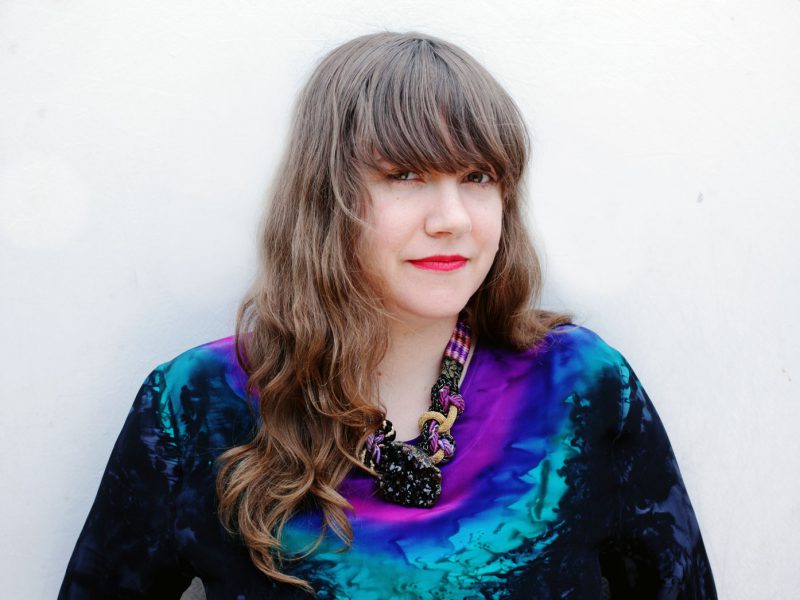 Ceci Moss is a curator, writer and educator based in Los Angeles. She is the founder and director of Gas, a mobile, autonomous, experimental and networked platform for contemporary art located in a truck gallery and online. She has a MA and PhD in Comparative Literature from New York University, and a BA in History and Sociology from U.C. Berkeley. Her academic research addresses contemporary internet-based art practice and network culture. Her first book Expanded Internet Art: Twenty-First Century Artistic Practice and the Informational Milieu is forthcoming on the Bloomsbury series International Texts in Critical Media Aesthetics. She is currently a Visiting Lecturer at Scripps College and she has held teaching positions at the San Francisco Art Institute and New York University. Her writing has appeared in Rhizome, Art in America, ArtAsiaPacific, Artforum, The Wire, CURA, New Media & Society and various art catalogs. 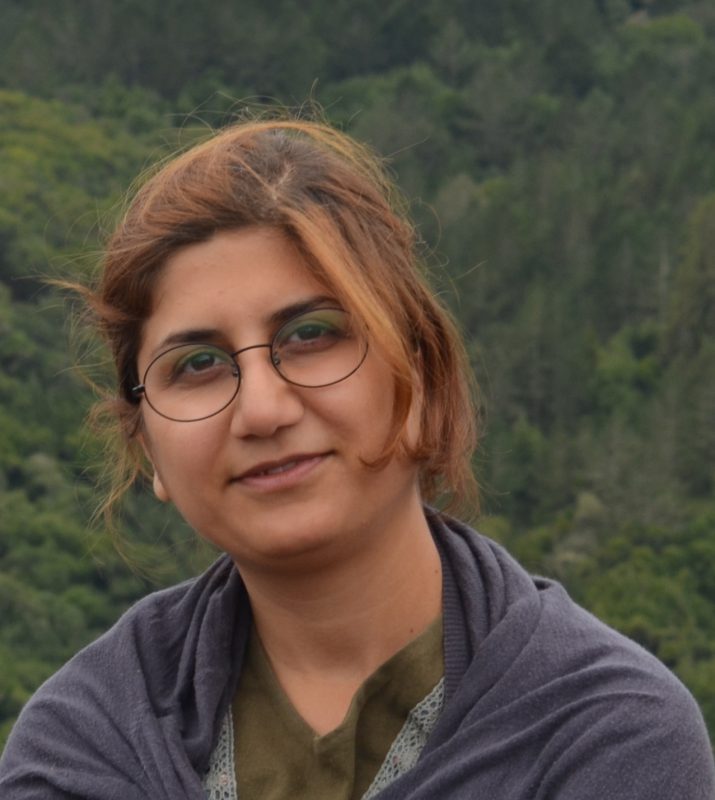 Mona Aghababee (b.1982, Esfahan) is an interdisciplinary artist who lives and works in Esfahan, Iran. Working primarily in sculpture and installation, Mona’s practice forms a continual dialogue with everyday objects and their relation to the body. Her current research focuses on the social and political potential of sculpture.

She received her BA and MA in applied art from Art University of Tehran, Iran. Mona’s works have been exhibited widely in Iran, Turkey, Germany, Poland, Belgium, Sweden, Russia, Sweden, US, Estonia and Australia, where she received the Damon Courtney Memorial Young Sculpture Prize from Sculpture by the Sea festival in 2009. Mona participated in the sixth and seventh National Sculpture Biennial of Tehran in 2011 (Niavaran Cultural Center) and 2017 (Contemporary Art Museum of Tehran) and also in the second, third and fifth Urban Sculpture Biennial of Tehran in Barg Gallery in 2010, 2012 and 2016, where she was awarded the first prize in the Fifth Urban Sculpture Biennial in 2016. She has received several full residency fellowships from the Sculpture Center residency in Utica (US, 2012), MacDowell colony in Peterborough (US, 2014), Headlands Art Center in San Francisco (US, 2016), ACC studio program in Weimar (GR, 2017), Beirut Art Residency (LB, 2019) and AaBKC Residency in Aarhus (DK, 2019).

Mona is co-founder and co-director of Va Space for Contemporary Art in Esfahan. Va hosts national and international artists, critics and writers to engage with the local community in a creative and artistic atmosphere. 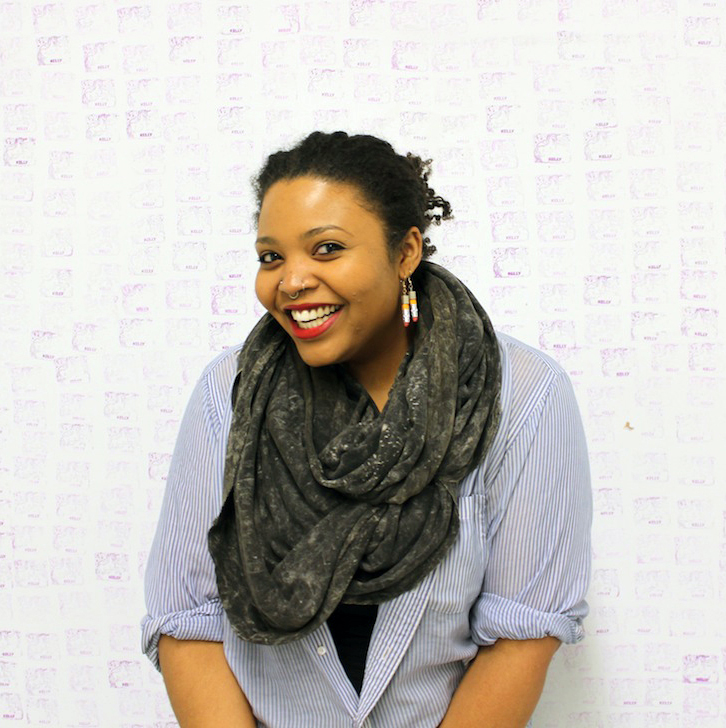 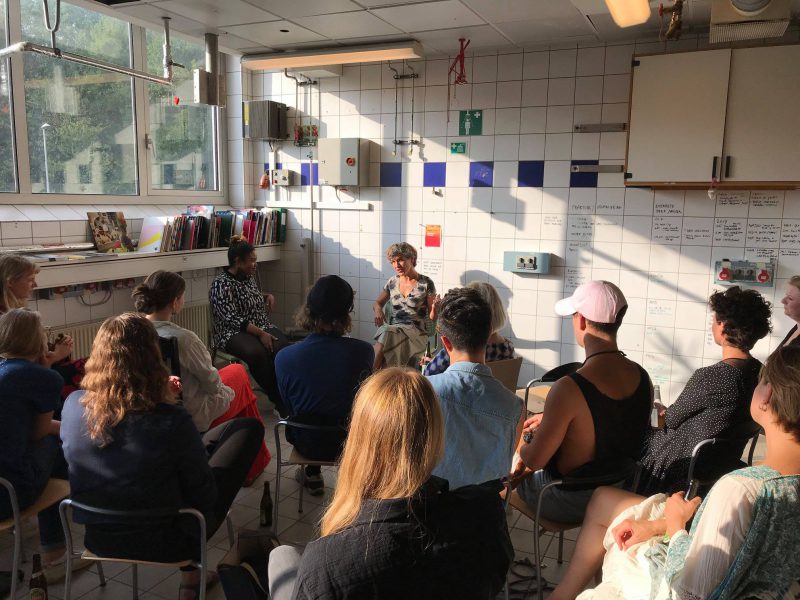 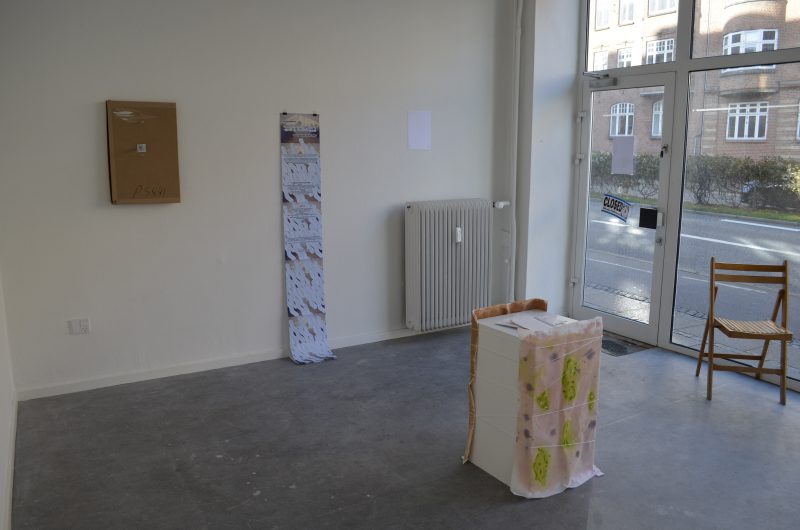 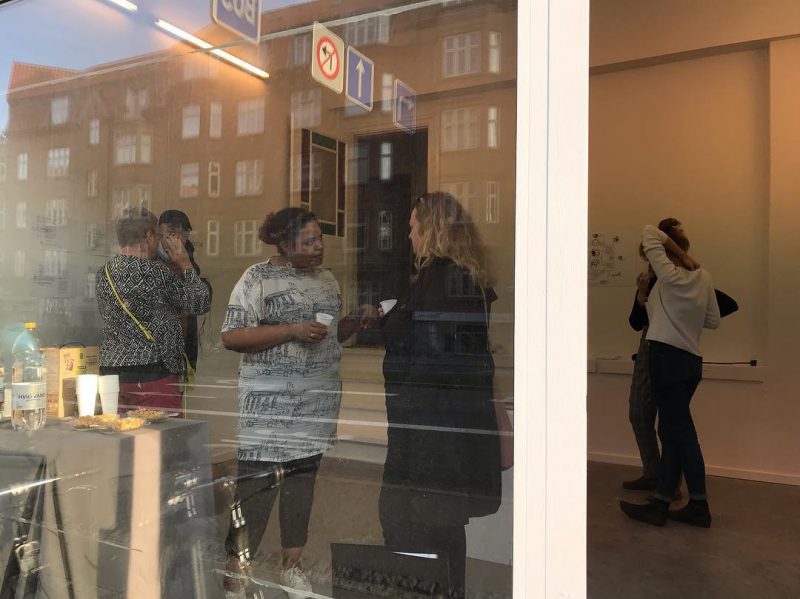 About Kelly Lloyd
Kelly Lloyd is a multidisciplinary conceptual artist who focuses on issues of representation and knowledge production and prioritizes public-facing collaborative research. Lloyd received a dual M.F.A. in Painting and M.A. in Visual & Critical Studies from the School of the Art Institute of Chicago in 2015, and earned a B.A. from Oberlin College in 2008. Recent projects include a solo exhibition at Shane Campbell Gallery, “Fleeting Monuments for the Wall of Respect” for the Museum of Vernacular Art, and inclusion in "Habeas Corpus" at the Indianapolis Museum of Contemporary Art. Lloyd performed with Jesse Malmed and ACRE TV at Chicago's Museum of Contemporary Art in 2016, and her essay "Katie Sokoler Your Construction Paper Tears Can't Hide Your Yayoi Kusama Neurotic Underbelly" is included inThe Retro-Futurism of Cuteness (punctum press, October 2017). Lloyd was named one of NEWCITY'S "Breakout Artists of 2015” and was a 2017 Janet & Walter Sondheim Prize Semi-Finalist. 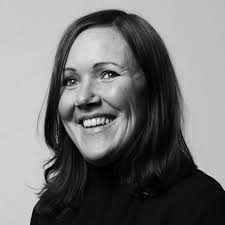 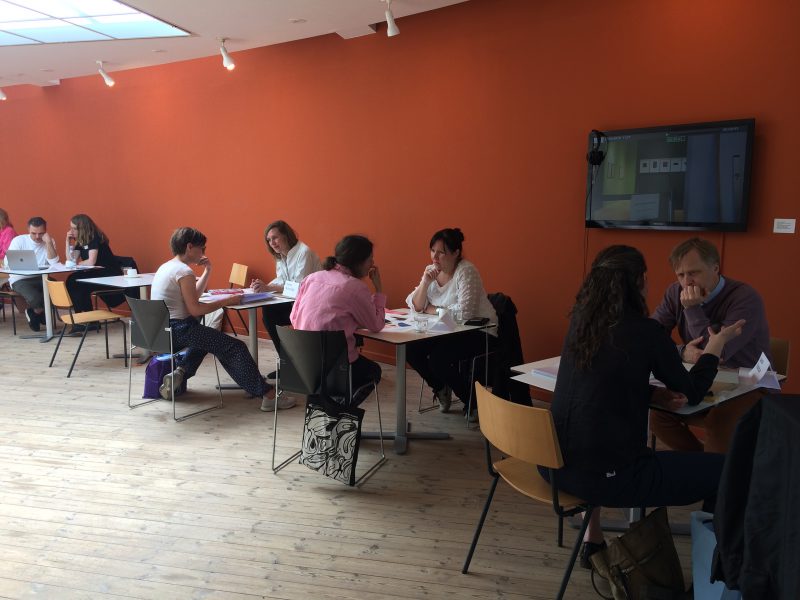 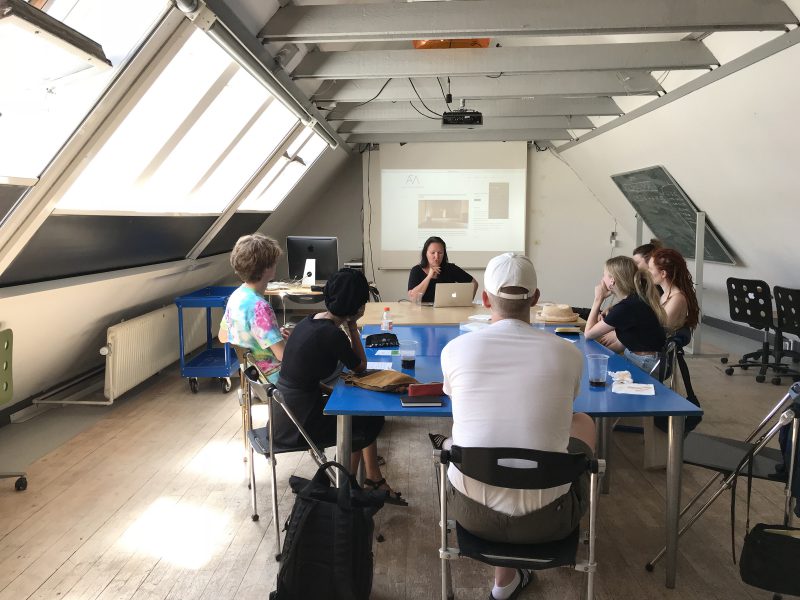 About Laura Köönikkä
Laura Köönikkä is the founder and CEO of Finnish Art Agency. She is one of the leading independent figures in curating, producing, advicing and project management in Finland. Laura is a passionate art expert with desire to change the static structures of organizational culture and shaking things up. She has been invited to curate and manage projects for various institutions such as Espace Louis Vuitton Tokyo in Japan, Bildmuseet in Sweden, Korundi Art Museum in Finland and Kunsthall Grenland in Norway. She was the curator and commissioner for the Finnish Pavilion in Venice Biennale (2011). Since 2003, Köönikkä has been working in different positions, such as the artistic director of FRAME Finnish Fund for Art Exchange, chief curator at Tampere Art Museum and TR1 Kunsthalle and curator at Pori Art museum. Laura was the founder of the international art magazine FAT Finnish Art Today. She holds an MA in Art History (Jyväskylä University). She is a member of Finnish Young Artist of the Year committee and National Council for the Visual Arts in Finland 2017–18.

Köönikkä has been selected because of her extensive experience with curating, networking and collaborations with artists on exhibitions and on giving guidance on artistic working situations. She has facilitated mentoring programmes and critique groups for artists and has done a lot of studio visits. Her curatorial profile is wide and we picture her engaging with a broad field of local artists and institutions in Aarhus. 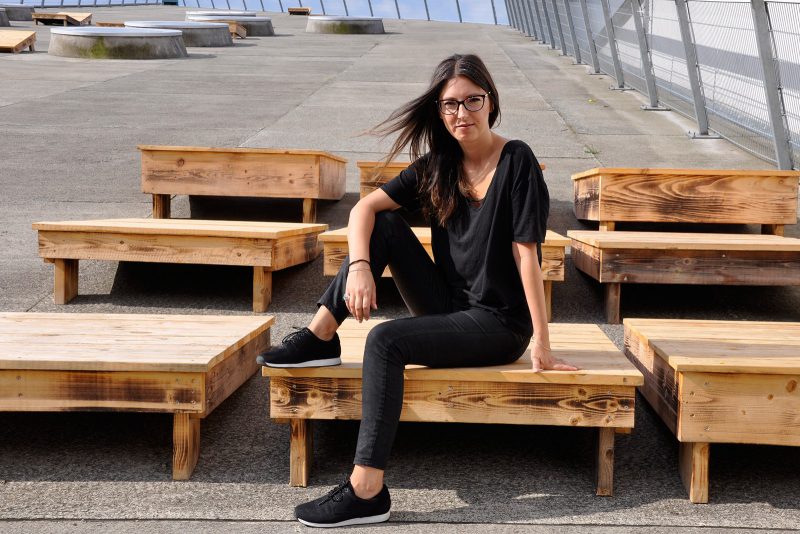 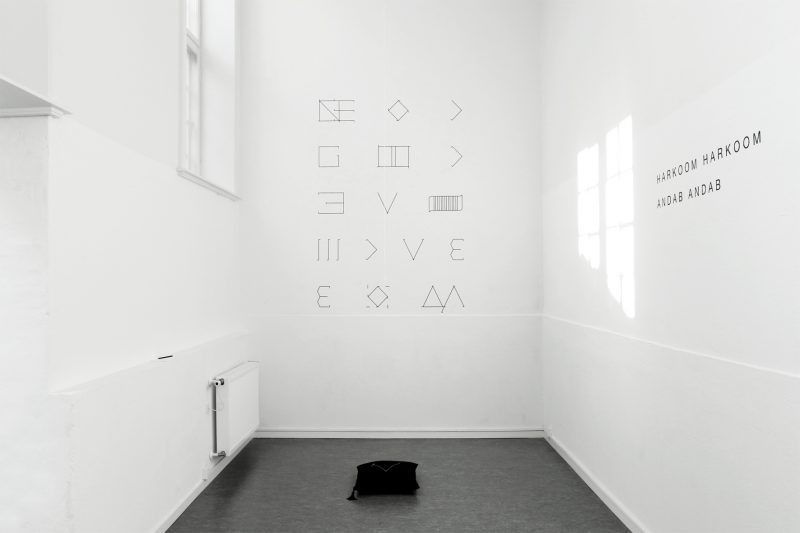 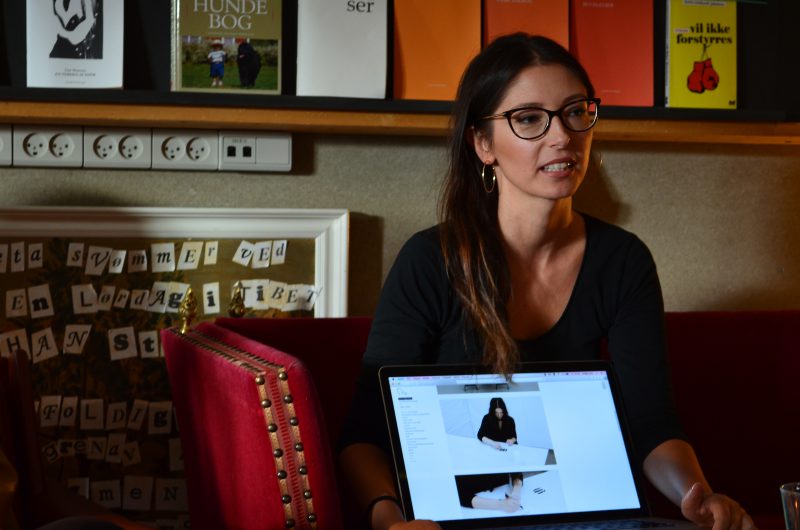 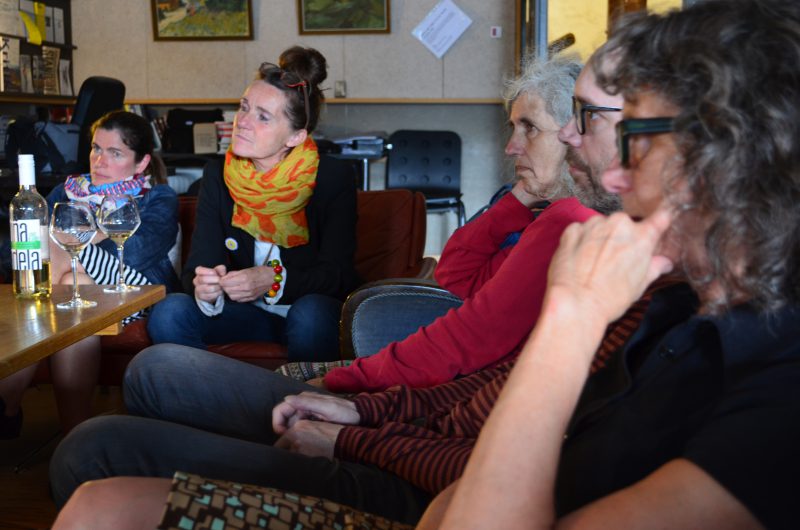 About Małgorzata Żurada
Małgorzata Żurada is an interdisciplinary artist based in Warsaw, Poland. She graduated from the Academy of Fine Arts in Warsaw in 2002 (MFA in Graphic Arts and Graphic Design) and University of Warsaw (Management in Culture, 2009). A practitioner of lifelong learning, she also studied modern mime performance at the Dramatic Theatre in Warsaw (2007-2008), balinese painting at Agung Rai Museum of Art (2009), sound design at Emory University (2013), three dimensional design at Central Saint Martins, UAL (2015) among other subjects.

Her area of interest revolves around the notions of meaning and belief. She develops her works from heterodox mythologies, occult theories and rituals of past and present. The main areas of her research are visual languages connected to various belief systems and means of coding esoteric knowledge. Over the years the core of her practice has been gradually shifting from graphic arts towards more conceptual and ephemeral work, making use of performative potential of her body and embracing time and space as other factors of potential meaning. Currently her practice is interdisciplinary and includes sculptural installation, drawing, video, photography, performance and sound. Recent works are usually either interventions into existing landscapes (Sigils / 2016) or transformations of symbols and narratives into spatial or time-based experiments (Invocation of Sol / 2014, Eyes that see everything / 2017).

Małgorzata Żurada took part in exhibitions and artist-in-residence programs in Poland, Lithuania, Finland, Germany, Norway and Indonesia. She co-founded two artist-run spaces in Warsaw – Basen and 81°. Her works are in private and public collections in Poland and abroad. In 2016 she received a scholarship from the Ministry of Culture and National Heritage of the Republic of Poland. 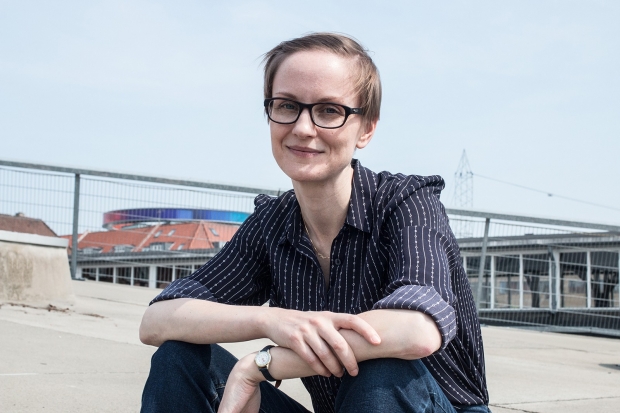 Mary Conlon was AaBKC Residency's curator-in-residence for Spring 2017 (May 17-June 26). 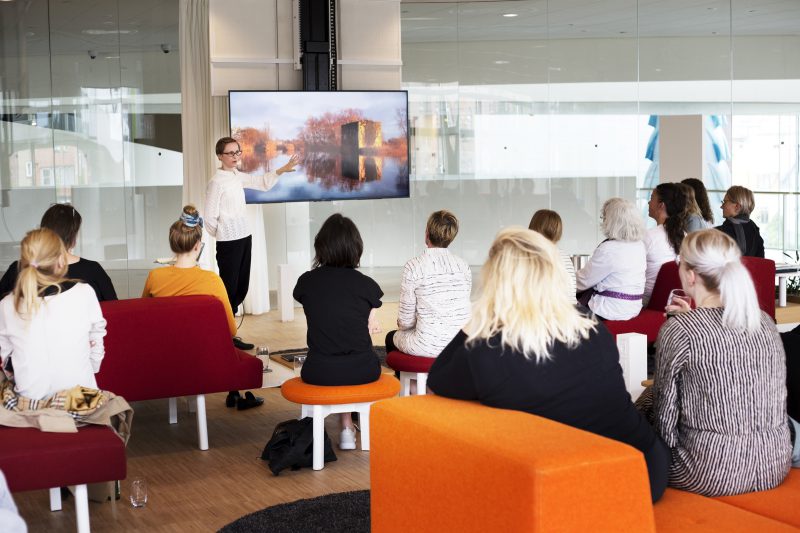 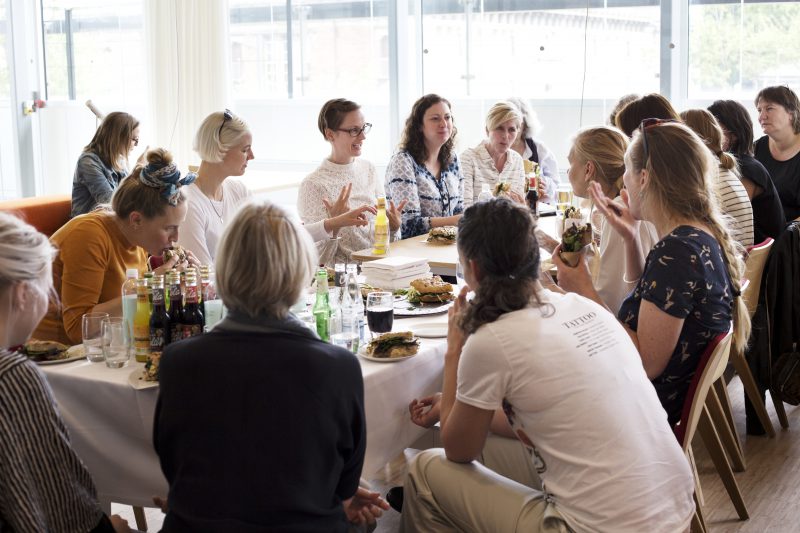 About Mary Conlon
Mary Conlon is a curator based in Limerick, Ireland. She has completed studies at University College Dublin (1996-2001), Universidad de Sevilla (1999-2000), and Dún Laoghaire Institute of Art, Design and Technology (2002-2006). She is the third Shinnors Scholar and her PhD in Curatorial Studies at Limerick School of Art and Design focuses on Italo Calvino’s Harvard lectures. Her writings have been published in Irish Arts Review, COLLECTED, Paper Visual Art, and the Visual Artists’ News Sheet.

Conlon is the Founder and Co-Director of Ormston House, a cultural resource centre located in the heart of Limerick city. She is on the board of directors of EVA International, Ireland’s Biennial of Contemporary Art, and is a Partner of Visual Artists Ireland, providing advocacy and advice to artists. She sits on the Migrant Exploitation Steering Group for the human rights organization, Doras Luimní. In 2016, she worked as a Cultural Programmer for Limerick’s bid for European Capital of Culture.

Recent curatorial projects include Murder Machine (2016), an evolving project co-curated with Christine Eyene as an invited response to Still (The) Barbarians curated by Koyo Kouoh; Against The Current (2015-2016), a solo exhibition by Mark Dion, co-curated with Ian Russell, curator of the David Winton Bell Gallery, Brown University; and PROTOTYPES (2014), a solo exhibition by Dennis McNulty during the inaugural National City of Culture programme at Limerick City Gallery of Art. Also in 2014, she managed the Limerick edition of the Irish tour of The Enclave by Richard Mosse, Ireland’s representation at the 55th Venice Biennale.